Ultherapy Can Give You the Perfect Facelift Without the Surgery

Lee McDonald2020-12-29T01:26:43+00:00
By Lee McDonald Skin Care microskin peels, San Mateo, Skin Care Comments Off on Ultherapy Can Give You the Perfect Facelift Without the Surgery

One of the biggest problems of aging is the way that our skin starts to sag, and wrinkles appear on the brow, neck, around the eyes, and so on. This can have an extremely distressing effect on many people, especially for women, but for many men also. It can result in a huge loss of self-confidence and a feeling of not being “good enough” anymore. 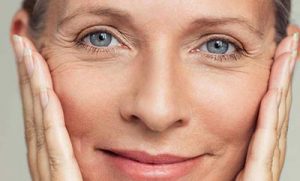 Of course, even for those people here in San Mateo and Northern California who accept aging as “one of those things” and just get on with their lives, it can be distressing to look in the mirror in the morning, but for others they feel an urgent need to do something about their appearance. However, until recently, that involved a facelift which, in turn, required surgery. That is not something that anyone would undertake lightly. Heck, nobody has ever actually wanted surgery of any sort. It is not the sort of thing that you would like for a birthday present. It is something that you have to endure to achieve a certain result.

Now some surgeries are essential in order to prolong life, but even then, nobody is going to look forward to it. So it does require some considerable thought to consider going under the knife simply in order to look better, and this is why so many people – although feeling uncomfortable about their appearance – decide that it is not something that they are prepared to undertake. The result of that is that they simply carry on feeling unhappy with the way that they look.

Certainly, almost everyone who suffers wrinkles and sagging skin would like to look better, and this is why this new treatment called ultherapy is proving to be so popular. It is, in effect, a facelift without the surgery!

This Is How Ultherapy Works

If you think that ultherapy might be for you, here is how it works. As we age, collagen, which is a natural protein, begins to break down and instead of keeping our skin firm and toned, the skin begins to lose its taught appearance. Ultherapy uses ultrasound to generate a thermal effect under the skin and this jump-starts your body’s ability to begin to produce more collagen once again.  ultherapy boosts the collagen which once more tightens and lifts the skin as it did when you were younger. Our office is in Foster City but we are literally minutes away from San Mateo, Burlingame, and Redwood City as well as other Bay Area Peninsula towns.

If ultherapy is something that would help you, then you need to come over to Foster City to see Dr Miguel Canales at Silicon Valley Aesthetic Dermatology. Dr. Canales uses ultherapy as one of his technologies that is producing amazing results for patients not only from San Mateo, but from all of the Bay Area.

You can have a free consultation with Dr. Canales by clicking on the Contact link at the top of the page, and he will be able to answer all your questions.

San Mateo residents are the same as everyone else when it comes to aging. We all do it, and our... read more

If You Need San Mateo Skin Care, Drive Over the Bridge to Foster City

If you are looking for skin care clinics in San Mateo, you are not alone. San Mateo residents are concerned... read more

Even Though We Get Older, We Still Want to Look Good. Lasers Can Aid Rejuvenation

If there is one thing that you can say about residents of the Bay Area, it is that most of... read more

There Are Many Ways to Get Rid Of Wrinkles, One of Which Is Using Injectables

One of the things that happens to all of us as we get older is that those dreaded wrinkles start... read more 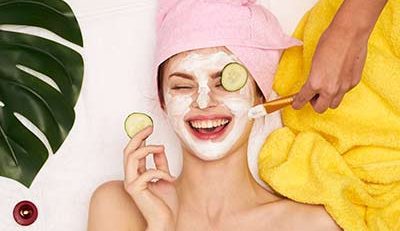 As We Age, Over-the-counter Skin Products May Not Be Enough. You Need a Skin Care Clinic

People who live in the Bay Area are people who feel the need to look their best at all times,... read more

If You Have Body Hair Where You Don’t Want It, Laser Hair Removal Is the Answer

People who live in San Mateo are by and large smart cookies. It is a wealthy city, and many residents... read more

If You Need Skin Care in San Mateo, Foster City Is Very Close

San Mateo residents are a relatively affluent bunch. They have to be, because San Mateo is the most expensive city... read more